Week 5 of the #52Ancestors challenge for 2018, had the prompt ‘In the Census’.  It wasn’t hard to pick the ancestor I wanted to write about as a result.  Edward Roberts, my mothers paternal grandfather, he died 3 years before I was born.  This was the first photo I remember seeing of him, I always thought he seemed such a distinguished gentleman.  Apparently dressed for one of his ‘Lodge’ meetings.

We don’t really know when or where Edward was born as we have never found a birth record.  It was said he was born on 6th August 1868 and this is the date that was inscribed on his headstone when I arranged for it to be erected at Rookwood Cemetery in 2009.  However, it may be incorrect.

His eldest son Edward Arthur Roberts said in his memoirs ‘My father was of Welsh and French (English crossed out) descent’.  It was always presumed it was the Roberts line that went back to Wales and that the French related to his mother Ann ‘de Laundon’ even though my research suggests both sides go back in England for quite a number of generations.

The first record for Edward appears in the 1871 England Census, he is living in 22 Queens Road, Croydon, Surrey with what was assumed to be his mother Ann Roberts and two older children Arthur and Eldred Baker and a ‘nurse child’ Marian Webber aged 10 months.  Edward was aged 3 at this time, his place of birth listed as Westerham, Kent.

It was later discovered that Arthur and Eldred were sons of Ann from a previous marriage, so they would be half brothers to our Edward.  Ann’s first husband Thomas Baker was a corporal in the Rifle Brigade 2nd Battalion (1857) and a member of the Kings Royal Rifle Corps, 4th battalion (1861), the son of a James Baker.  In 1871 Ann’s husband Thomas was still alive but they were living apart, their eldest daughter Alma residing with her father.  Ann has taken up the name of Roberts, presumably to be the same as her new partner Edward Roberts, describing herself as ‘wife’, with no ‘head’ of the household listed in the census record.

Edward Roberts senior was not with Ann and the children on census night 1871, he was recorded at Westerham Kent about 20 kms away.  The census states he was born in Northleach, Gloucestershire.  He is described as a clerk in the seed trade, unmarried and boarding with Jane Whickman and her brother George Poplett.  Was he just away working selling seeds. or were they living apart for respectability given Ann’s husband was still alive?

On 22nd April 1878,  Ann Baker, widow, married Edward Roberts, bachelor, at All Saints Church in Upper Norwood, Surrey.  It is presumed that Thomas had died by this time, although no death record has been found.  Their fathers names were stated as John Roberts, gardener and William Laundon, bailiff.

Witnesses to the marriage were Amy Letts and William Thornton.  Amy can be found in the 1881 census, listed as a pew opener, so she may have been a church employee not a relative.  William is possibly a relative of Ann’s, however he remains unidentified as there are 3 William Thorntons of an appropriate age living in Croydon Surrey at the time of the 1871 census.

In 1881 young Edward is still living at home when the census was undertaken and his place of birth again recorded as Westerham, Kent.  However, by 1891 he is aged 25 and lodging with Charles Nippard and his family at 34 Stafford Road in Bournemouth Kent.  This time it says he was born in India!  One presumes he gave the information himself – could this be true?  My mother and her sister Mary always said that their grandfather was a showman, a teller of tales, everybody was charmed by him.  Could this have been one of his more fanciful stories?

I discovered two possible births in India around the right time period, one from Meerut, Bengal and the other from Dinapore, Bengal  but both turned out to be dead ends.

There are quite a few family stories told about Edwards connection to India.

Edwards seniors father was said to have been a supporter of Joseph Arch a pioneer of the labour movement and had often spoken from the platform at his meetings.  Arch was instrumental in forming the National Agricultural Labourers Union in 1872.  Most of his activities were in county of Warwickshire when Edward senior and his family were living in the neighbouring county of Gloucestershire in the market town of Northleach, about 50 kilometres away.  Seems to be quite feasible.  I can find no evidence that Edward senior was in India or that he ever worked as anything other than a seedsman or gardener.  He can be found in Northleach as a child in the 1841 and 1851 censuses.  By 1861 he is lodging in Westerham Kent and is still there in 1871.  I suppose it is entirely possible that activities in India could have occurred in the intervening years between the 1861 and 1871 censuses, or more likely the 1871 to 1881 censuses – if the ‘boy soldier’ story is to be believed.

Or, was his father someone else entirely?  Did Thomas and Ann go to India?  After all, Thomas was a military man. Could Ann have had an affair, resulting in the break up with Thomas?  Did Edward Roberts senior give her and her baby respectability?  It is unclear whether they ever co-habitated prior to their marriage in 1878.  It is also difficult to understand why daughter Alma went to live with her father Thomas, she would have only been aged 10 when young Edward was born, yet her younger brothers Arthur aged 7 and Eldred aged 3 remained with Ann and later Edward. Alma being 13 was of an appropriate age to be useful in keeping house and looking after her father.

Edwards grandson (descended from his eldest son Ted) first took a Y-DNA test in 2012.  Y-DNA is inherited via the paternal line (fathers, fathers, father), only handed down from fathers to sons.  His haplogroup is R-M269, the dominant lineage in all of Western Europe today.  It is found in low frequencies in Turkey and the northern Fertile Crescent, while its highest frequencies are in Western Europe.  So, what does this tell us?  Its frequency in Wales is about 92%, which is quite promising if Edward Roberts snr is in fact his father.  I have only been able to trace the Roberts male line back to John Roberts. John can be found living in Gloucestershire England from about 1778, when he and his wife Dorothy baptised their first known son Isaac at Northleach.  John was probably born before 1760, perhaps he came from Wales, as it was always said the Roberts line was Welsh in origin.

Edward inherited his Y-DNA from his father – this is the paternal line as we know it from traditional research, extending back to his second great grandfather John Roberts.

As far as we know Edward jnr only had two sons, both of whom emigrated to Australia with their parents in 1910.  Edwards great grandson (a descendant of his younger son Jimmy) has also taken a Y-DNA test.  Both YDNA tests were perfectly matched confirming that Edward was the father of both boys, as we had expected.

Unfortunately we have had NO matches greater than 12 markers since being first tested in 2012, even though Edwards grandson has subsequently upgraded to 111 markers.   We now have 58 matches at 12 markers, only one with the surname Roberts, his terminal SNP being R-L151.  Disappointingly this match has only tested to 12 markers and he is not interested in upgrading further.  His oldest ancestor is Thomas Roberts born about 1812 in Corwen Wales, but I have been unable to connect the two lines.  Even at 12 markers he is a genetic distance of 1 so potentially the match may not even stand up as a valid match with further testing.

Edwards grandson also upgraded his kit to the Big Y test in June 2018 and we now know his terminal SNP is R-BY23390.  Unfortunately to date he has NO matches at all on his Big Y test.

Autosomal DNA results have confirmed that Ann Roberts nee Laundon was definitely Edwards mother, but to date we have no matches to confirm his fathers side of the tree.

Three of Edwards grandchildren, the ROBERTS siblings, have now been tested enabling the technique of Visual Phasing to be employed.  This method is being utilised to identify all the chromosomal segments that they inherited from Edward and provides the best hope for tracing his origins in the future.  This analysis will be a priority in the coming months.

Whilst Edward would have inherited mtDNA from his mother Ann Laundon, males do not pass it on to their children.  Looking backwards in time on Edwards maternal line (his mothers, mothers, mother) will not help to solve the mystery of Edwards birth nor confirm his father.

This is his mothers maternal line as we know it from traditional research, extending back to his second great grandmother Elizabeth York.  The line has been tentatively confirmed by autosomal DNA as far back as his great grandmother Sarah Cave, daughter of Richard Cave of Clay Coton, Northamptonshire and his wife Elizabeth York .

Even so, Ann Laundon did have at least one female child with Thomas Baker, Alma Baker aka Gray, Corder who would have passed Ann’s mtDNA on to all her descendants.  To further my research of Ann’s maternal line I would be keen to talk more with any living descendants of Alma, but also Mary LEE and Sarah CAVE who would carry the same mtDNA and are willing to help by taking an mtDNA test.

As always, if you can help me expand my research please do not hesitate to contact me via this blog, via private message at Wikitree or email genemonkey25 AT gmail.com.

2 thoughts on “Edward Roberts – born in England or India? Fact or fancy? 52 Ancestors #6” 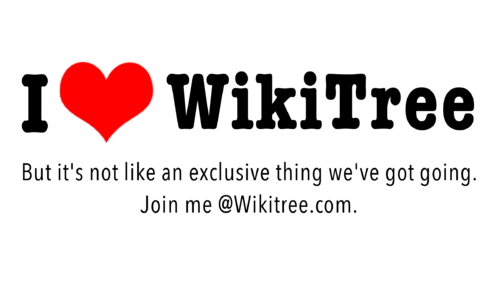